Verde Science provides the latest video news about the company and the Medical Marijuana industry:

Interview with Harp Sangha of Verde Science on PotStockRadio.com 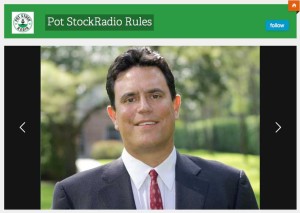 March 16, 2015 – This week on #PotStockRadio @PotStockEric (Eric Butz) @ryanmgodfrey (Ry Trader) and @supergravy (Chris Trace) have a packed show with Harp Sangha of Verde Science VRCI along with board member (and son of Nancy Pelosi) Paul  Pelois Jr to dicuss Verde Science and the political atmostphere of legal marijuana. We’ll start the off with Wolf of Weed Street (marijuanastocks.com) and Alan Brochstein (420investor) to give their opinions about some of the marijuana related companies we all follow and the pot stock sector as a whole. Listen to Interview Here

June 3, 2014 – Paul Pelosi, Jr., the son of Nancy Pelosi, the Minority Leader of the House of Representatives (and former Majority Leader), chats with Cambridge House Live anchor about his efforts to bring the positive aspects of medicinal marijuana to people throughout the United States through his company, Verde Science Inc. View Paul Pelosi’s Interview Here