Verde Science provides the latest news about the company and the Medical Marijuana industry during these changing times when Washington and the states are progressing to allow the use of cannabis for medicinal purposes in numerous states, and for recreational purposes in a few states:

For These 55 Marijuana Companies, Every Day is 4/20 – Bloomberg Business

April 20, 2015 – NEW YORK – More than two years after Colorado and Washington became the first states to legalize recreational marijuana, a small but growing number of publicly traded companies are betting their futures on the hope of a thriving legal market for pot-based products. Bloomberg Intelligence identified 55 public companies whose business is based largely or completely on legal marijuana, and whose shares traded at $0.10 or more as of April 15th. These wildly fluctuating penny stocks aren’t for the faint of heart. Read More –> 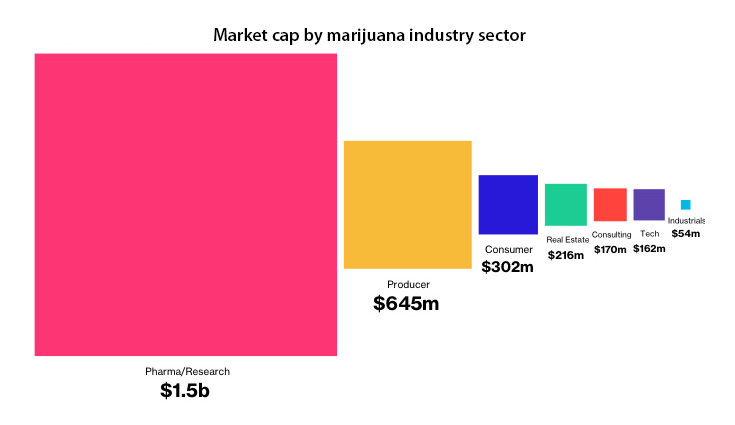 April 8, 2015 – NEW YORK – Today’s major pharmaceutical companies were the original medical marijuana sellers. Eli Lilly, Parke-Davis (now owned by Pfizer) and Squibb of Bristol-Myers Squibb all sold medical marijuana at the turn of the century. In a 1919 medical catalog, these companies listed several cannabis products. Back then, most medicines were the same – the original generics. So it was up to good marketing and brand recognition to get people to buy one particular company’s drug over another. According to the Antique Cannabis Book, almost 6% of all manufactured drugs at the turn of the century contained cannabis in one form or another. Read More –>

May 22, 2014 – Scott Page interviews Paul Pelosi about Verde Science. Paul talks about how Verde Science is assembling a team of professionals to build a company that is focused on the green medical marijuana industry – helping to build the industry to produce scientifically produced for medical therapy to treat disease and alleviate symptoms. Scott is a technologist, entrepreneur,  co-founding among others, New Media Broadcasting Company, a social media and collaborative communications enterprise. Since 2011, he has been the Co-founder and CEO of Direct2Care, an online presence management company for healthcare.
Listen Here –> Skip to middle of program for Verde Science interview.

May 31, 2014 – An amendment barring the U.S. Department of Justice from interfering with state medical marijuana laws got a surprising boost from GOP lawmakers. Read More and View Video –>

May 30, 2014 – Reflecting growing national acceptance of cannabis, a bipartisan coalition of House members voted early Friday to restrict the Drug Enforcement Administration from using funds to go after medical marijuana operations that are legal under state laws. An appropriations amendment offered by Rep. Dana Rohrabacher (R-Calif.) prohibiting the DEA from spending funds to arrest state-licensed medical marijuana patients and providers passed 219-189. The Senate will likely consider its own appropriations bill for the DEA, and the House amendment would have to survive a joint conference before it could go into effect. Read More –>

May 30, 2014 – WASHINGTON – Even longtime supporters of marijuana legalization were surprised early Friday morning when the House of Representatives voted for an amendment that would prevent the Drug Enforcement Administration and federal prosecutors from targeting medical marijuana in states where it is legal. Read More –>